What is Trans Fat and how is the FDA Administration planning to ban the use of Trans Fat? 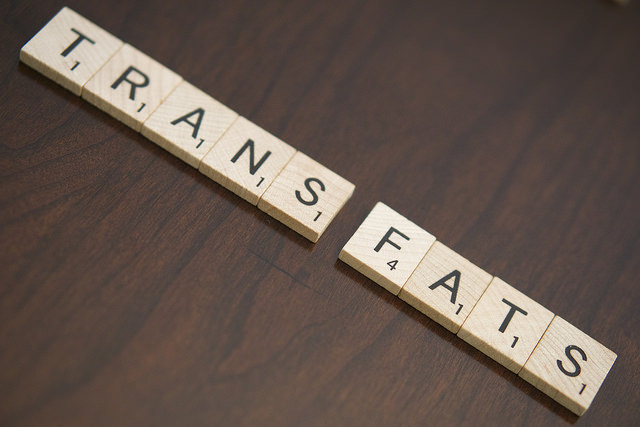 What is Trans Fat and how is the FDA Administration planning to ban the use of Trans Fat?

What is trans fat?

Trans fat is an unhealthy substance, also known as trans fatty acid, made through the chemical process of hydrogenation of oils. Hydrogenation solidifies liquid oils and increases the shelf life and the flavor stability of oils and foods that contain them.

Trans fat found in vegetable shortenings and some margarine, crackers, cookies, snack foods and other foods.
Trans fat can make food taste good, last longer on grocery-store shelves, but it can also be more hazardous for your heart. Many food manufacturers and fast-food chains have removed the use of trans fat according to Amanda MacMillan and Amanda Gardner from Health Magazine. The Food and Drug Administration on Tuesday, June 16, 2015, said it will give manufacturers three years to remove artificial trans fat from the nation’s food supply, a move that the agency estimates could reduce coronary heart disease and prevent thousands of heart attack deaths each year.

About 610,000 people die of heart disease in the United States every year–that’s one every 4th deaths, and is associated with coronary heart disease. There several important factors that put Americans at high risk of suffering heart attacks, these are obesity, poor diet, inactivity, and excessive alcohol use just to mention a few. We have to teach children and parents to develop healthy lifestyle habits at the early stage of life.

It is essential to continue to develop programs like the one launched by our First Lady Michelle Obama to encourage children to create healthy lifestyle habits by joining the “Let’s Move” program that includes more exercises to their life and less inactivity to avoid early childhood obesity. Schools play a very important role in complying with the menu standards established by USDA guidelines for Nutrition Standards in the National School Lunch and School Breakfast Programs. Also by mentoring and motivating children of all ages to follow the “My Plate” values, which is to incorporate more vegetables and fruits serving per day to their diet and less saturated fats and artificial ingredients.

According to the Washington Post publication on June 16, 2015, the FDA moves to ban trans fat from U.S Food Supply. “Today’s action is an important step forward for public health, and it’s an action that FDA is taking based upon the strength of the science that we have,” said Susan Mayne, director of the agency’s center for Food Safety and Applied Nutrition.

Tuesday’s announcement won broad praise from public health advocacy groups, such as the Center for Science in the Public Interest, which have long pressed the agency to ban trans fat, and from the American Heart Association, which called the new regulations a “historic victory for the nation’s health.”